The Red Planet Made of Paper 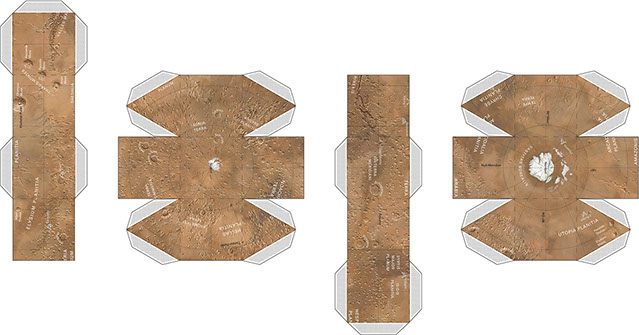 The Paper Mars is a geometric body, which is called a Rhombicuboctahedron. It consists of squares and equilateral triangles. Sectors of the Mars atlas are drawn on these 26 shapes. The most famous sights of the planet are clearly visible. These include the large shield volcanoes, the Valles Marineris, the frozen polar ice caps, the cratered southern hemisphere and the northern low plains.

With this object in hands, the spatial arrangement of the most important surface formations on Mars can be understood easily. Much better than on a flat map with its distortions.